Uur - A Video Essay on Tamil

This is part one of a video about one of the few languages in the world besides Greek that is both classical and modern. Spoken by nearly 80 million people, mainly in native Tamilnadu, South India, Tamil has a literary continuity of over 2000 years. Here we get a glimpse of the first 800 years of its known history - through geography and landscape, archaeology and literary history, and classical and folk performances.

The video is produced by M.V. Bhaskar and co-directed with K.T. Gandhirajan, with advice from Dr. E. Annamalai, former Director of the Central Institute of Indian Languages and former Visiting Professor Emeritus, Yale. Click here to view video. 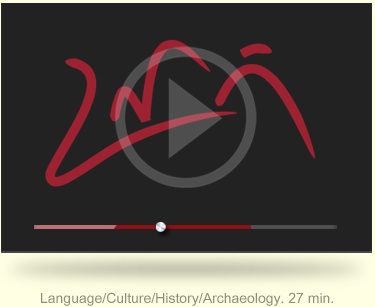 This online archive of the mural paintings of Tamilnadu presents photographs from several locations. The digital assets of the archive are made available in phases. In Phase 1, Tiruppudaimarudur and Alagar Kovil are covered in good detail; the paintings are annotated and the texts translated and interpreted. Over a period, the other locations will receive equal depth of coverage. Visit the archive.